Elisha Ann Cuthbert, was in Calgary, Alberta, Canada on November 30, 1982.

She first appeared as a character known just as The Young Girl in the episode "The Tale of the Night Shift" She also appeared in such things as Dancing on the Moon, Nico the Unicorn, Airspeed, and Mail to the Chef.

She joined the main cast of the for series revival as Megan in Season 6 and 7. After that she got a bigger break starring in the movie The Girl Next Door. After Are You Afraid of the Dark?, she was in the shows 24, and Happy Endings and she's made small appearances in shows such as Guns, The Forgotten, and One Big Happy.

She and Vanessa Lengies co-starred together in the children's show Popular Mechanic for Kids. 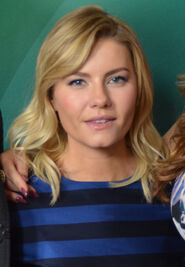 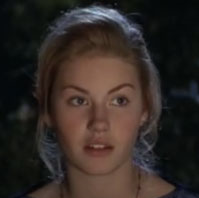 Elisha Cuthbert as Megan
Add a photo to this gallery
Retrieved from "https://areyouafraidofthedark.fandom.com/wiki/Elisha_Cuthbert?oldid=23577"
Community content is available under CC-BY-SA unless otherwise noted.