Are You Afraid of the Dark Wiki
Register
Don't have an account?
Sign In
Advertisement
in: Actors, Portrayers

Jason Alisharan's date of birth but he was born in Richmond, British Columbia, Canada

He portrayed the role of Frank on the first four seasons. The reason he left the show is unknown.

He is the brother of Kyle Alisharan. Though it's unknown whether or not they're twins or just close in age. Kyle Alisharan guest starred in the series season three episode "The Tale of The Quicksilver" as Aaron Johnston. His brother had a starring role in the show Breaker High, in which he made one guest appearance.

In a 2013 interview Jason revealed he's become pretty successful behind the scenes working on films such as Transformers as a designer. He tied the knot in 2013 and his chin proves to have aged well. 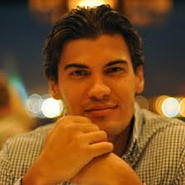