The Sheriff, appeared in the episode "The Tale of the Pinball Wizard", he was portrayed by Tom Rack.

Inside the real world, he was a Security Guard. He guarded and patrolled the same shopping mall where Mr. Olson

worked and ran his business. Then Ross Campbell broke Mr. Olson's trust, by playing a certain Pinball machine game when being told not to. Soon, the inside of the Shopping mall magically became the world inside the Pinball machine.

He became a strict, pure evil tyrant who was dead set on being crowned the king of the unknown kingdom inside the realm of enchanted pinball game.

Not much is known about his background or his origins. All that is known, is that he had his evil heart set on stealing the throne from the pure and kindhearted Princess Sophie and ruling as the evil king instead. He is also a incredibly strong and skilled combatant being more than able to defend himself.

Also, along his way an Evil Witch got in his way who wanted to become an evil queen. However, he didn't see her as a threat and she was easily defeated. He commanded a mass group of Gentlemen Robots who were purely loyal and dedicated to serving him and slowing down anyone or anything that got in his way.

Also, he soon received the assistance of a Wrestler Guard who was more than willing to help him succeed. Just as he was about to be crowned king of the game, Ross and Princess Sophie thwarted his plan. His robots all vaporized when Ross squirted them with water from a special water gun.

He almost overpowered Ross by knocking his water gun out of his hand by attacking him with a mace that he retrieved from The Executioner. That was until Ross revealed he had a second water gun hidden up his sleeve and squirted him him with it. When he was squirted he vaporized and vanished leaving behind a beautiful silk light blue cloak with white fur and a black spotted trim. 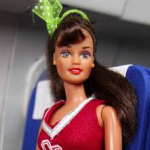