The Tale of the Hunted is the Seventh episode of the Sixth Season of Are You Afraid of the Dark?, as well as the Seventy-Second episode in total.

The episode begins with Andy sitting alone, staring at the fire thoughtfully. The other members come and come to realize something is bothering him. Andy explains that the previous weekend, his family had a big cookout, and were playing badminton when the birdie got stuck very high up in a very tall tree. No one could get it, so Andy took his slingshot and knocked it out. His brother thought that the feat was purely luck. When a bird flew into a tree, his brother, still skeptical, asked him to shoot that out, so he did, not believing he would actually hit it. But he did, and successfully hit it, killing it. Andy was so disturbed that he thought of a story. He muses about how things are born and things die on their own, but if you decide to take nature in our own hands, then you had better be ready fro the outcome. He proceeds to tell the Midnight Society, entitling it, "The Tale Of The Hunted".

Andy tells the story, the Story begins with a girl about fifteen years old, named Diana, in the kitchen of a small rural home, taking inventory of camping supplies. At the sound of a car horn, Diana walks out to greet the newcomers, Her father, Hank, her father's friend, and Gar, whom she seems to have a secret crush on. Diana's father reminds her that she will be accompanying himself, Hank, and Gar on their next camping trip. Diana seems a little nervous about this, and seems unnerved by the dead wolf in the back of the car, which Hank and her father note is not The Blaze, a legendary wolf who has never been caught for many years.

The camera cuts to Diana sitting on the bus with her best friends, Laura, who is horrified by the idea of hunting. Gar does not understand this, protesting that the killing process was quick and painless. Laura argues that "They wouldn't think that if it was happening to them", foreshadowing future events in the episode.

That night, Diana wakes up to hear panting and whining of a dog or wolf creature, and goes downstairs to investigate. The first window, she doesn't notice anything, but the second the image of a barking, snarling wolf creature faces her. Terrified, Diana drops the blinds and wakes her father, who comforts her and sends her back to bed, not before checking out the window. He sees nothing except for a vicious claw mark in the window. He chooses to ignore this.

The next day, Gar is out showing Diana some hunting tips when Laura comes out from behind a tree, startling them. After a tense exchange between Laura and Gar, Gar stalks off and Laura gives Diana a beautiful charm handmade by Native Americans, a wolf perched on a man-in-the moon face. As Diana examines the charm, the face's eyes glow pale blue and becomes more wolf-like. A second later, it returns to normal. Laura asks about Diana's feelings about hunting. Diana is uncertain: She doesn't think it's wrong, she doesn't want to let her father down, she doesn't want to let Laura down. (Not to mention Gar). The two girls then talk about something else.

That night, Diana hears wolf howls outside her room. She gets up to investigate, and sees several eyes wolfish eyes staring at her in the darkness. Diana rushes back to her bed. Later that night, her father scares them off.

That morning, Diana gets out of bed to discover she is a wolf. Shocked, horrified, and very confused, Diana rushes through the house willy-nilly, knocking over several items and leaving the house (Via doggy door) an utter mess. Gar, Hank, and Diana's father do not recognize her. Gar runs into the house, her father leaps into the car, and Hank nearly wacks her with a club. Terrified, Diana rushes into the woods, jumping when she hears a gunshot.

Meanwhile, Gar reports to Hank and Diana's Father that "The Wolf" (Who is Diana) was definitely in the house. As they are unable to find Diana, they assume that Diana was scared off by "The Wolf". They rush into the woods, desperate to find Diana, but do not have much luck. Her father goes back to see if she took the road. Meanwhile, Diana crosses a road and nearly gets hit by a car.

Laura sees Diana's father and asks where Diana is. Diana's dad tells her that a wolf was in the house and it chased Diana into the woods. (Though in reality Diana IS the wolf and they chased her into the woods) Laura is alarmed by this. Diana's father gets into the car, muttering that "That beast is gonna pay" if his baby girl is hurt. Laura goes into the house to investigate, and finds the charm that she gave Diana the day before. She notices the charm no resembles Diana's face and doesn't seem to surprised and almost expected it to happen.

Diana finds The Blaze, and he leads her back to the house. On the way though, they hear a yell for help from Gar, who stepped into a trap. Diana and The Blaze go up to him. Gar, not knowing it is Diana come to help him, is utterly terrified. Diana and the Blaze howl loudly to attract the attention of Hank and Diana's father, then run off. Diana's father does not believe Gar when he insists that the two wolves were trying to help him, and helps him to the van. Diana makes it back to the house, where Laura is waiting. Laura does not recognize Diana either, but is friendly and gets her some water. She tentatively pats Diana, and Diana relaxes-until she hears a loud car horn.

Diana's father gets out, furious,  a large club held high over his head. Diana can only back away as her father nears her. Laura yells that she didn't do any harm, but her father insists that the wolf caused Diana's disappearance and that it was in his  house, and definitely did harm. Diana continues backing away and catches her right paw in a trap. Gar gets out of the car to try and stop him, but he steps on his bad foot and falls over.

Just has her father is about to club her to death, Diana looks at him directly in the eye. Surprised, Diana's father puts down his club. Laura and Gar rush forward and free Diana. At this point, Diana changes back, still in her night gown. Laura and Diana hug. Diana's father is utterly shocked to realize he could have hunted his own daughter. It can be assumed that he learned his lesson about how it really feels to be hunted, and Gar is happy that she has been found. Diana's Father gives her a hug, and Diana, still slightly confused, mumbles about how she was lost and now it's OK. Gar throws the club that nearly killed Diana into the brush, learning his lesson too and The Blaze watches from afar.

The scene cuts back to the campfire, where Andy explains that no one really knew what happened  to Diana, and those that did forgot-or pretended to. Diana herself looked back on her experience as a dream, and she never wanted to go hunting again. The Midnight Society ends their meeting, with one remarking that Andy's story was really good. 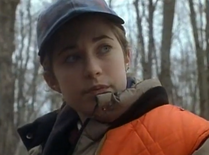 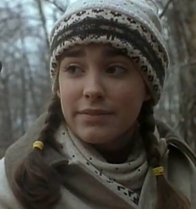 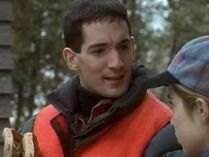 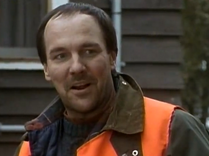 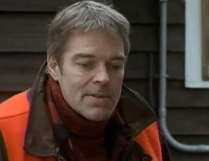 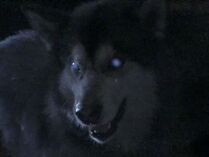 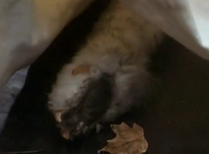 She a finds they brought back a wolf they hunted 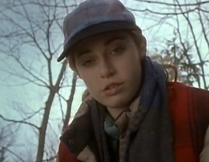 She feels a little sorry for it

Diana talks about her excitement about the upcoming hunting trip, but her friend Laura thinks hunting is wrong 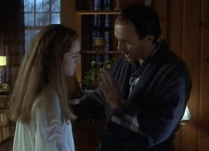 though suspicious claw marks are left on the window screen..

Next day Gar teaches Diana how to hunt

Laura takes a risk surprising them out of nowhere because they could have had rifles!

Laura has a gift for Diana 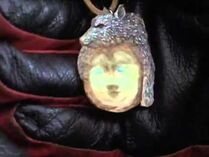 an amulet from a local native tribe, who believe wolves have ancient mystical powers and should be treated with respect and left alone 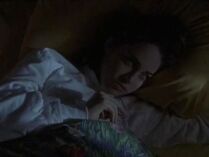 That night Diana has trouble sleeping from hearing wolves howling

To her surprise Diana wakes up the next morning to find she's now a wolf!

she terrifies her friends and family

Diana runs off into the woods scared

Gar and her dad go hunting the wolf thinking it's harmed her! 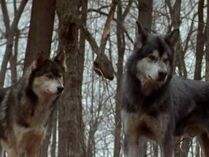 Diana forms an alliance with the blaze 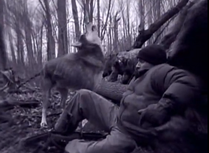 Grant helps him up and they continue their hunt 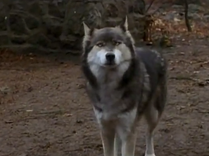 Laura think she is harmless and feeds her some water 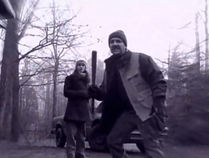 Grant is back and is ready to club to death, who he believes is the wolf for scaring away his daughter 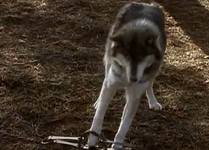 Diana tries to run but gets caught in a trap

Diana stares at her dad directly in the eyes

Grant is stunned by this and drops the club 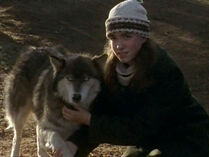 Laura frees her from the trap

The suddenly, Diana changes back

Rejoiced and reunited they hug

Her dad is utterly shocked!

Diana tells him she was just lost and now she's back 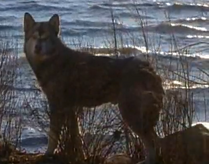 The Blaze watches from afar!
Add a photo to this gallery
Retrieved from "https://areyouafraidofthedark.fandom.com/wiki/The_Tale_of_the_Hunted?oldid=25101"
Community content is available under CC-BY-SA unless otherwise noted.