The Tale of the Room for Rent is the Tenth episode of the Fourth season of Are You Afraid of the Dark?, as well as the Forty-Ninth episode in total.

That evening, Sam is sitting on a separate log busy writing something down. Kiki out of breath runs in saying that she is here and that they can get started. Tucker asks who is up tonight? Sam still writing in her notebook says that she is and to just give her a minute. Frank impatiently, turns to her and tells her to get going. Sam says to hold on as she is almost done. Gary, also a little impatient now reminds her that she already said that five minutes ago. Sam, finishes she explains that her grandma's birthday is coming up soon and she's put off writing her a birthday card for a couple weeks till now.

Betty Ann, asks her how come? Sam says it's because she's been very busy. She does volunteer work at the Library and at the Hospital and she just kind of forgot. Frank mockingly tells her that he hears her and says "Why do it today? When you can do it tomorrow?" She tells him it's never good to leave something undone. Because you never know if you are going to get a chance to finish it.

Sam then asks him what if there was something really important that he had to do, but something BIG kept him from doing it. Like maybe death..? Sam then tells everyone to always say what you have to say, and do what you have to do. Because if you don't... you might not get a second chance.

Sam throws in the campfire dust to make the fire more intense while she submits her story for approval of The Midnight Society. She calls her story "The Tale of the Room for Rent".

Sam tells the story. The story is about  a girl named Jessie. She was the kind of girl who likes to keep herself busy so she kept taking odd jobs. One of them was to take care of Miss Sara Simpson, the town's local psychic who lived alone. Jessie lived with her grandfather Samuel. For many many years, Grandpa Samuel and Sara Simpson have been fairly close friends. Recently he has gotten a little sick and had to move downstairs so he didn't have to go upstairs so much.

Samuel had a room for rent sign made so they could make money while he recovers. He has Jessie put it up front. Just then her friend Alex shows up and they both head for the movies. After the movie they head to Sara's house to collect money from her early job.

As she and Alex were about to enter the house they see candles lit all over the house. They also see Sara asleep. As the clock struck 9:00 a spirit of a man appears next to Sara. Then the spirit walks through the wall outside then disappears, Jessie and Alex scream and ran back to Jessie's house. They tell Samuel what happened but he takes it as a joke.

The next day as Jessie walks to the kitchen she sees the ghost outside who asks about the room for rent. Just then Samuel greets him and they head to the kitchen. He calls himself John Browning. Samuel asks if they met and that he looks familiar but John says no. Samuel explains the room as Jessie was trying to talk him out of it knowing that they could be in danger.

Just then Alex shows up Jessie tells her not to move and heads back to the kitchen. Samuel asks Jessie to show John the room. As she leaves John in the room she saw John reaching a photo but his hands went through. Jessie rushes downstairs to try and warn Samuel but he doesn't believe her. Then she went to the door to talk to Alex. They insisted they talk to Sara about last night. She tells them that she was doing a welcoming meditation for a spirit to come from the spirit world for to complete unfinished business.

Back at the house in 3:00 am Jessie and Alex wait for John to make his move and Alex wants to sleep. So they head downstairs for food. As they head down the stairs they see a green light behind the curtains to Samuel bedroom. As they open it they see John hovering over Samuel. Then John looks at them and they head back to Jessie's room. They push the dresser in front of the door and jump on the bed. Just then John goes through the door warning them not to interfere.

Jessie realizes that John wants Samuel and that she needs to warn him. They went to wake him up but he didn't believe them. So they went to the room where John was staying but he wasn't there so he looks in the closet and plays a joke on them saying two can play this game and tells them to go to bed. They thought he could be in the closet so they look and a box of photo falls so they grab them and head back to the room.

The next day Jessie and Alex were passed out on the front porch chairs and Samuel sneaks up on them and wakes them up. They got scared thinking it was John. Jessie ask him where he was off so he tells her the same place he always goes on Sunday. So the girls head back to Sara's house and tells her the whole story. As they talked about the John they see an old photo of Sara, Samuel and John. Sara told them that was Jacob, her fiancé. She also tells them that he and Samuel were in the war together and that she fell in love with someone else but didn't get to tell him cause he died.

So Sara goes with the girls to talk with Samuel but he doesn't believe them and he and Sara have a fight and she leaves. Later that night Alex is watching a movie with Samuel (the Are You Afraid of the Dark? episode "The Tale of the Midnight Madness") while Jessie was looking through the old photos. She sees a photo of Sara and Samuel and find out that he was the man Sara was in love with. Back in the living room John / Jacob was behind Samuel who was asleep. He is about to possess him as Jessie reads Samuel's Diary she finds out the truth and goes back downstairs to tell Alex.

But Samuel was gone. Just then Jessie gets a call from Sara asking why is her grandfather standing outside her house. Jessie and Alex rush to her house. As Sara lets Samuel (possessed by Jacob) enter her house he claims that he missed her. The girls gets to the house Jacob says that he will have Samuel take his place going back so that he could be with Sara. Jessie begs for Samuel to be let go. Jacob says that it was Samuel's fault that he died but then Jessie reads the Diary to them.

She reveals that when Samuel and Jacob were in their fighter plane and the cockpit caught fire and there was only one parachute left. Samuel thought he had given the parachute to Jacob and said he would follow him out the plane. Turns out Jacob got the parachute and when he jumped out of the plane the parachute accidentally failed and he fell down to the ground to his death.

Samuel (possessed by Jacob) then reads, that Samuel cared very much for Jacob and wasn't sure if he could properly land their damaged plane. He was planning to let Jacob jump out and save himself and try to land the plane. He was willing to give his life to let him live so he was going to lie to Jacob and say he would follow him; but Jacob's parachute failed and fell to his death. The afterwards Samuel miraculously landed the plane. After reading this Jacob (in Samuel's body) now seems very understanding and forgiving and sorry.

As the blue aura of gateway opens, Jessie screams at him, begging him to stop and let her grandpa go. Jacob still wants possession of Samuel's body. He tells Sara that he still loves her and that they can be together again. Sara, upsettingly tells him, that she never got the chance to tell him that after all these years the one she really loved was Samuel, and she begs him to save him as he tried once to and to let him go.

Jacob's spirit leaves Samuel's body, and back in his normal body and voice he tells Sara that he always loved her and he always will and then he tells her to thank him for him and his spirit ascended to Heaven. Samuel woke up but didn't remember what happened and Sara excitingly tells him it could be a new start, meaning at long last they can begin a relationship.

As the story ends Sam tells that Grandpa Samuel and Sara renewed their loving relationship, proving that it's never too late for true love to come back again and ends her story. Kiki tells her it was a good story. Betty Ann, says it's sad because they lost so many years. Sam tells her, they say nothing is ever lost, it just comes back in a different way. Gary declares their meeting closed and puts out the fire. Sam shows them her grandma's birthday card and says that she has to get it into the mail and says goodbye and leaves. 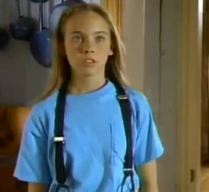 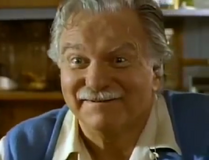 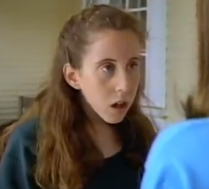 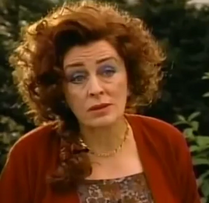 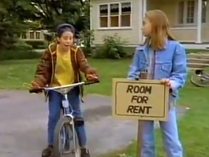 A room is for rent 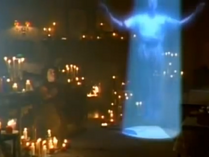 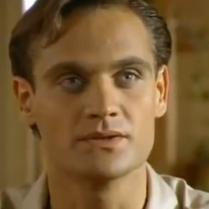 John Browning the spirit takes the room for rent 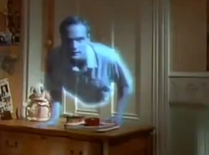 The spirit warns the girls not to interfere

Sara's old picture reveals, that she and Samuel once knew the spirit. Also he was once her fiancé 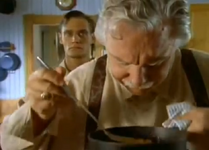 He tries once again to possess Grandpa Samuel but fails 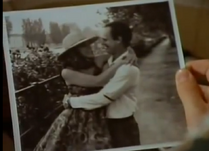 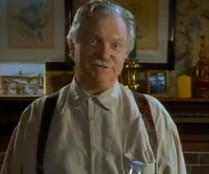 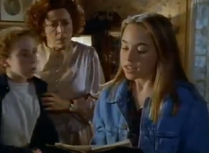 Jessie tries to convince Jacob that Samuel tried to save him 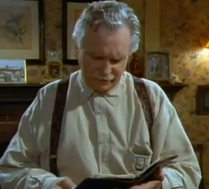 He reads the diary for himself and finally understands. 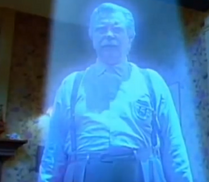 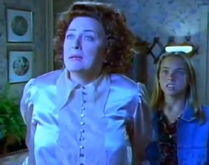 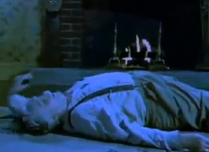 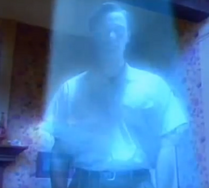 Jacob says his goodbyes and ascends to heaven 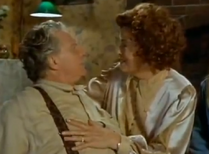 Together once again, she tells him that she thinks it could be a new start
Add a photo to this gallery
Retrieved from "https://areyouafraidofthedark.fandom.com/wiki/The_Tale_of_the_Room_for_Rent?oldid=25504"
Community content is available under CC-BY-SA unless otherwise noted.